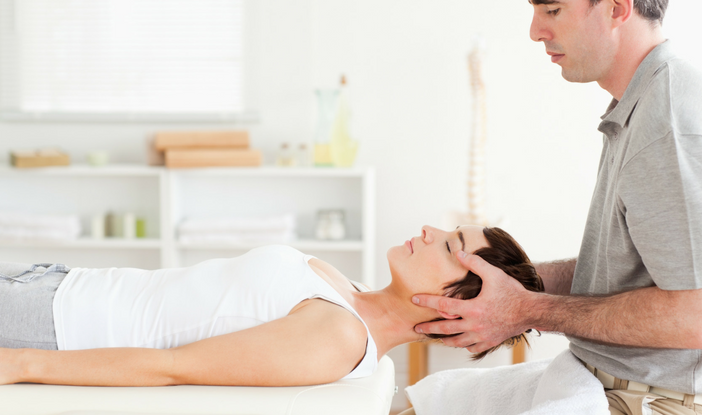 Editor's Note: Today we are sharing the personal story of Anya Sharma, and her struggle to find the right treatment for Chiari Malformation, a life-threatening brain disorder she suffers from.

In June of 2016, I underwent brain surgery because I suffer from a congenital brain condition called Chiari Malformation. Chiari Malformation refers to a malformation of the skull that puts pressure on the brainstem and spinal cord and prevents the flow of cerebrospinal fluid between the brain and spinal canal. The pressure forces part of the brain (the cerebellar tonsils) to descend into the opening where the brain and spine meet. It is estimated that there are between 300,000 and 500,000 people in the US suffering from this condition.

Typical Chiari descension is about 5 to 8 millimeters, but my cerebellar tonsils had descended about 22 mm (about 4 times more). My case was quite severe, as my blockage of fluid flow put me on a potential path of becoming permanently paralyzed from the neck down (aka Christopher Reeve paralysis). Though I miraculously showed relatively few symptoms, I still had frequent and intense headaches due to the built up pressure in my skull.

Before my surgery however, my family spent a long time trying to figure out which treatment and surgical options would offer me the best outcome with the lowest risk of paralysis, brain damage and even death. This was, to say the least, the most important decision that I had to make in my life.

However, just like an unfortunately large number of other patients, I was dumbfounded to discover that there is a significant lack of data about patient outcome for different Chiari procedures despite this condition being known and treated for decades.

The first type of surgery that I was recommended was a very invasive surgery; it involved not only removing part of the skull and the brain’s protective membrane (called the dura), but actually cauterizing and killing the brain’s tonsils that had descended. Yes, that meant actually killing part of my brain! It had high rates of success in preventing the most extreme negative outcomes for the disease, but it came with a major price of a six fold or greater increase of complications including brain infection or meningitis, paralysis, and even death when compared to a less invasive surgery that was not yet proven to prevent the negative disease outcomes.

Despite the risk of my condition, I didn’t externally exhibit extreme symptoms yet, therefore my family hoped that a more conservative and less invasive initial surgery might have been enough to ease my symptoms. Unfortunately, when discussing different surgeries and their patient outcomes, I was met with a lot of “I don’t know's.” Armed only with the knowledge that some surgeries work on some cases, even highly trained professionals lacked the data to inform me of which treatment would be most beneficial in my case. I truly felt like I was rolling the dice in choosing an option.

Luckily in my case, the less invasive surgery that I chose has so far proven to be successful. My previous symptoms of frequent debilitating headaches have all but disappeared, and my outcome will be documented as part of an ongoing pediatric surgical study. However, that study may not become public information for years, so for now, there is still a dearth of conclusive evidence available to patients in search of the best treatment options.

But this could have been avoided. Because there have been countless patients with similar cases to my own who have undergone different surgeries, if their outcome data had been available to me, my life impacting decision might have involved less guesswork. And critical decisions like these shouldn’t be left to guess work.

Luckily, they won’t have to be in the future. Health Outcome is a platform where patients can record their conditions, treatments, and outcomes and share them with other patients. If treatment options have overwhelmingly good patient outcome, then it is easy to see based on the reviews found on Health Outcome. This platform makes it easy for patients to get more informed about what their treatment options are and, more importantly, which treatments are likely going to work for them.

Knowing the treatment outcomes would have been pivotal for me. Perhaps for cases where the patient is at high risk but shows mild symptoms (like me) have the best outcomes with non-invasive treatments. Or maybe, in the long run, the more invasive methods provide a better quality of life. But none of this data was readily available to aid me in my choice of treatment.

Health Outcome is a much needed tool for any patient in search of the best treatment option, and I believe that Health Outcome will, quite literally, be a lifesaver to numerous people as they confront crucial health decisions.

Find the best treatment from people like youStart Here

GET MORE TREATMENT RECOMMENDATIONS FOR:

WHAT IS HEALTH OUTCOME?

A safe place for patients to share their experience with medical conditons & treatments.

Find Out More
Tweets by @health_outcome